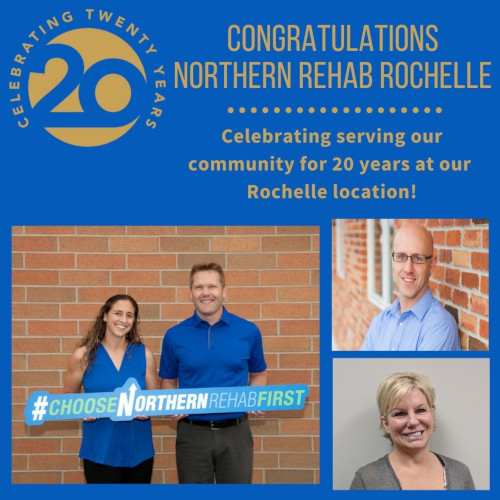 Northern Rehab is pleased to announce celebration of their 20th anniversary providing physical therapy in the Rochelle community. Originally named Northern Rehabilitation and Sports Medicine Associates, the company began in 1978 with one clinic originally located in DeKalb, owned and operated by Tim Dunlop. As the impact of the physical therapy profession in healthcare grew, so did Northern Rehab. Through … END_OF_DOCUMENT_TOKEN_TO_BE_REPLACED